What Every Struggling Student Needs to Hear

Recently a young woman about to graduate from college called me desperate:
“I’m such a mess! I’ve almost failed out of school several times! I’m thankfully about to graduate, but now I’m scared that I’m too much of a disaster organizationally to live in the real world.”

I told her one sentence — the sentence that I tell all my new clients — and I could just hear the relief in her voice. EVERYONE needs to hear these words of reassurance, but especially students who struggle with learning differences.

Don’t have time for the full video? No worries, here’s a short summary:

I was thinking about a new client that’s about to come on who I was chatting on the phone with the other day, and she’s in her early 20’s and just now catching up to the idea that her executive functioning issues, ADD, disorganization, and time management issues are something she needs to get a handle on as she’s trying preparing to graduate from college and prepare for her future.

And I told her 2 little sentences that I could just hear the relief flow through her. I told her: 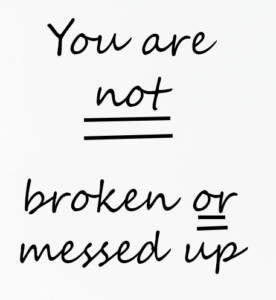 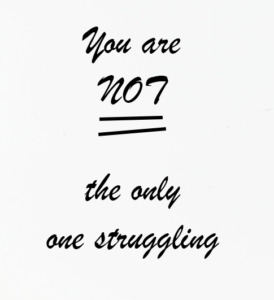 So many young people, and probably older people as well, feel when they are struggling that they are the only ones and think things like: “If only I wasn’t so messed up, my life would be so much better!”, “Everybody probably thinks I’m weird or crazy cause I struggle with …” etc. And to you, I say, “You are not weird or messed up! You just need to learn to a few different habits and skills and practice them.”

Want more motivational to do better in school the anti-boring way? Check this out.