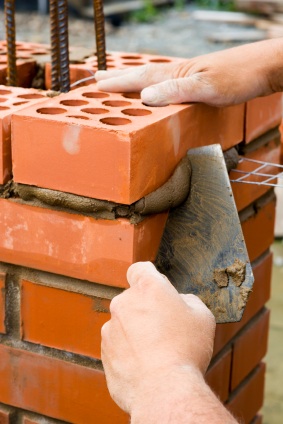 Tonight we had another delicious Tuesday night InterPlay class.

On my drive home, I couldn’t help reflecting about how grateful I am for this community.

And I wondered — what has caused the Tuesday night community to grow and thrive over the last 2 1/2 years?

By the time I pulled into my parking space, I’d figured out the 5 key ingredients to building community (based on my own experiences, of course).

Sounds simple enough. Showing up, and holding the space, is one of the most important tasks in building community. The Tuesday night InterPlay class has continued for 2 1/2 years. Except for the winter holidays, we’ve showed up every single Tuesday. Just as people expect the earth to revolve around the sun, so do folks expect there will be a class on Tuesday nights in Oakland  (and other days of the week, too. I shouldn’t be Tuesday-ist). Point being: the community has been built brick by brick. We continued to show up even when students didn’t. And that patience has paid off!

Ever get that sinking feeling? You know, when you show up to your favorite yoga class and there is a substitute teacher? At the Tuesday night class we got around that by sharing the leadership between two people. Elizabeth Mendana or I would teach every other week. When one of us was absent, our students barely felt it because they were used to us taking turns!

Since Elizabeth has left the class, I’ve taken on full leadership. But I’ve also made it a point to invite a “guest teacher” at least once a month. In January, for example, we enjoyed the generous, gentle, playful leadership of Wing It’s Jonathan Leavy (a self-described recovering musical theatre performer).  I still attended class that day, but as a student rather than as a teacher. It’s so fun for the whole class to learn alongside another experienced InterPlayer. I also think there’s a benefit to having my students to see me learning and growing (and feeling shy, sometimes too).

In InterPlay we tell stories, move and sing, and we do it all playfully. There are so many different ways to connect with each other and be intimate. Tonight we spoke in “fake foreign languages” and made “sounds that sound like singing,” all while telling little stories about our week. Oh, and we moved a little, too. There are so many different layers and levels to the way we connect in a single InterPlay class; there is a space for everyone, every feeling, every thing. The variety of modalities makes it possible to express a wide range of experiences, which fosters connection among the participants.

Haven’t communities been breaking bread together since time began!? During the first days of the Tuesday night class, we often went out to eat after class. Although we don’t do that regularly anymore, I recently introduced the once-a-month post-class potluck. Tonight was the first one, and it was sooooo lovely to share food and companionship. I’m certain that the food-sharing ritual was one that kept people coming back time and time again.

5. Play with People of Mixed Experience.

Newcomers get folded into the class culture so quickly during InterPlay classes. This is largely because there are always some very experienced InterPlayers in the room along with the newbies. So much of what is learned in an InterPlay class is taught, NOT by the teacher, but rather in a body-to-body communication from the other folks in the room. A new person in the room watches how everyone else is playing with each other, and joins on in! When he taught last week’s class, Jonathan was impressed with the high degree of willingness in the room. I believe that willingness is nurtured by the diversity of experience that is always in the room.