Aha! You clicked through to Lesson 2. Smart cookie. This lesson is where things get REAL. Prepare to:

I recommend that you watch the video for this one (the visual of me teaching the Study Cycle on the white board is more memorable!), though there is a transcript if you prefer to read.

If you are a student, you will be able to use the Study Cycle immediately to rock your next test.

If you are a parent, watch this — and then hang tight until Lesson 4, when I give you advice for how to talk to your teen about studying without nagging

If you are an educator, you will get exact instructions for how to teach it in your next class, or tutoring or coaching session.

Ready? Let’s do this!

She came to me as a senior in high school who had always made C’s and D’s on tests.

She and her mom were worried that, if she didn’t improve her study skills now, she’d struggle even more in college.

It was smart of them to reach out to me — because studies show that even college students have no idea how to study effectively. Check out this research done by a dude named Jeff Karpicke. He asked students at Washington University in St. Louis what their most common study strategies were, and this is what they said: 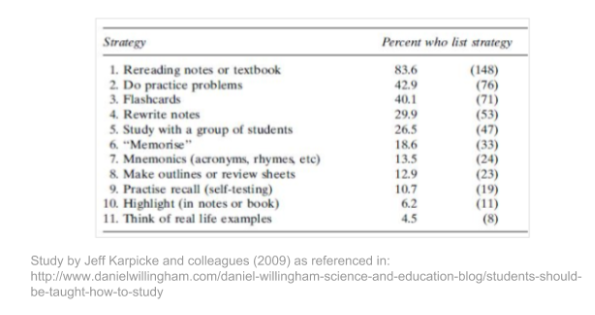 Angela’s most favorite study method is on this list — the very first one in fact! Rereading her notes or the textbook. This is proven by brain science to be a completely inefficient, and largely ineffective, study strategy. Angela sure noticed that, despite all the effort she put into rereading, she couldn’t get above a C on her tests.

By the way, this list (above) does include the strategy that brain science has determined is the most effective way to study. However, it’s way down towards the bottom of the list ( take a look and guess which one you think it is; I’ll reveal the correct answer a little later).

As an academic life coach, I’ve peeked into over 1000 classrooms. I pay special attention to how teachers instruct their students to study for tests. It is clear to me that most of the teachers in those classrooms also don’t seem to know the brain science behind studying, and which technique is the MOST effective.

Even other academic coaches and tutors don’t. Angela, for example, had been working with another academic coach who helped her come up with decent strategies, but never taught her the underlying mechanisms about how the brain works, and how to apply those strategies successfully. So Angela’s grades didn’t approve, and she remained frustrated.

In our very first session together, I shared with her two of the “mini-lectures” I’ve developed to summarize complex brain science in easy-to-understand formats:

She applied the Study Cycle to a test that she had the very next day. Voila! Her test scores went up by a whole letter grade on that test, and her studying on subsequent tests got exponentially more effective, too.

Her mom commented that her grades this year are the best grades she’s ever gotten in school, and her confidence about going to college is increasing. Go Angela!!

The Study Cycle became, and remains, the centerpiece of my step-by-step system for learning more with less stress, which I call The Anti-Boring Approach to Powerful Studying™.

The Study Cycle takes me about 5 minutes to teach to my clients, and then we apply it to everything else we do in coaching – organizing our binders, taking powerful notes, designing quizzable study tools, making study plans, and battling procrastination.

I teach this system to students and I also train educators how to incorporate these lessons into their classrooms, tutoring, and coaching sessions. The reports are coming in and it’s looking good – Angela is not an anomaly!

For example, check out this quick post from one of the Art of Inspiring Students to Study Strategically course participants:

See what I mean?! Teens are rapidly transforming their ability to study effectively, sometimes after a single coaching session.

So what’s the secret? What is this 3-Step Study Cycle that is so transformative?

I’m going to teach it to you now! Once I’ve done that, I’m guessing you’ll ALSO Be able to answer the question about which of THESE study strategies is MOST effective. 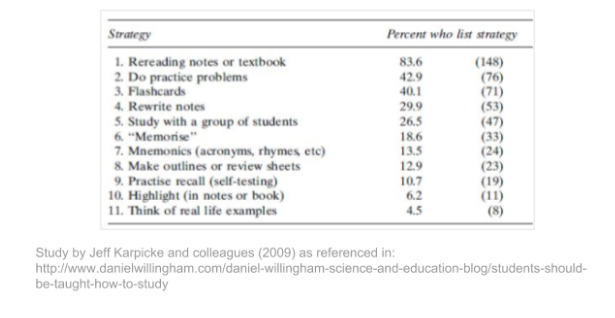 The picture here summarizes all the steps students need to follow to study strategically and make better grades with less stress.

Let’s take a tour of this graphic. The Anti-Boring™ Study Cycle represents the three most important parts of the learning process, as revealed to us by brain scientists. I discovered that by presenting it as a simple three-step cycle, my students understand the cycle better and are more easily able to apply it to their own studies.

The basket at the bottom represents all the knowledge and/or skills that students need in order to demonstrate mastery on the test. The person at the top represents the learner and their BRAIN. 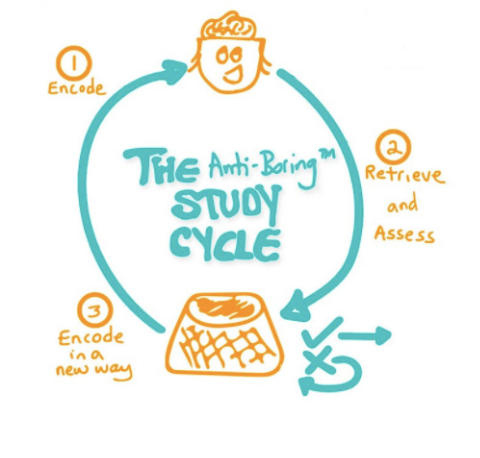 1. Encode. First, you need to get the information FROM the basket of knowledge and skills INTO your brain. The brain scientists call this process “encoding.”

2. Retrieve & Assess. Second, you need to practice testing yourself, or showing yourself what you know and what you don’t know. The brain scientists call this process “retrieval.” It is imperative here that you test yourself from memory! Looking over your notes while you test yourself doesn’t count. Anything you prove you know leaves the study cycle for this particular study session; anything you don’t know goes back into the basket of knowledge and skills. Now it’s time to:

3. Encode in a New Way. It is boring to do the same study strategy over and over again, and this is the anti-boring approach to powerful studying. It’s important to re-teach yourself the information in a way that is different than you originally learned it. This means that part of learning how to study strategically is having a “toolbox” of many, many learning strategies, so that if one doesn’t work, you can easily shift to a different one.The Study Cycle reminds students that there is more to learning than just passively reading and re-reading your notes and the textbook.

The act of testing yourself, and forcing yourself to prove what you know and don’t know, is crucial to learning. However, don’t stop there! Once you have proof of what you don’t know, then it’s your responsibility to figure out how to teach it to yourself in a new way.

The learning process is complete when you’ve developed the habit – are fluent, even – of strategically cycling through these 3 stages over and over until you have proof that you’ve learned it. When students fully internalize the 3-Step Study Cycle, their confidence and their grades go up, and their testing anxiety and confusion go down. It’s inspiring to watch.

The Study Cycle became, and remains, the centerpiece of my step-by-step system for learning more with less stress, which I call The Anti-Boring Approach to Powerful Studying™. 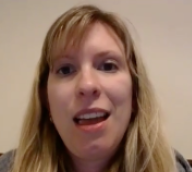 One of my students actually said to me […], “This is really not boring!” And I started laughing and said, “That’s why it’s called the Anti-Boring Approach!” She was being so honest and candid. It was really cute, and great to see that light bulb go off.”

So there you have it! THAT is the Study Cycle. What do you think? What aspect of the Study Cycle do you think might be the most useful as you imagine how to study more effectively for your next test? How might you apply it to your own studying?

One more thing: Remember this list of study strategies from the Washington University research project?

We already talked about which strategies are the LEAST effective, and hopefully now that you know the Study Cycle, you can explain why. However, which study strategy is the MOST effective? You should be able to answer that question now too.

All the science points to the fact that the brain learns best when students test themselves frequently, to prove what they know and don’t know. By the way, in this video I’m not going to teach you all the science behind why self testing works. If you want to learn more about that, there are ton of resources online and in a bookstore or library near you.

My favorite resource is the classic book Make It Stick by Brown, Roediger and McDaniel. They summarize the research in this succinct quote:

“One of the most striking research findings is the power of active retrieval — testing — to strengthen memory, and that the more effortful the retrieval, the stronger the benefit.”

If that’s what the science shows, my question when working with students is how to get them to be increasingly willing to test themselves effectively and choose effort over ease.

I know that “practicing recall and self testing”  doesn’t sound like the most exciting thing to do, but that’s where the Study Cycle — and my complete toolbox, the Anti-Boring Approach to Powerful Studying — comes in. Studying doesn’t have to be the most boring thing you’ve ever done. It doesn’t have to feel like dying for a short time. Which brings us to the next video. 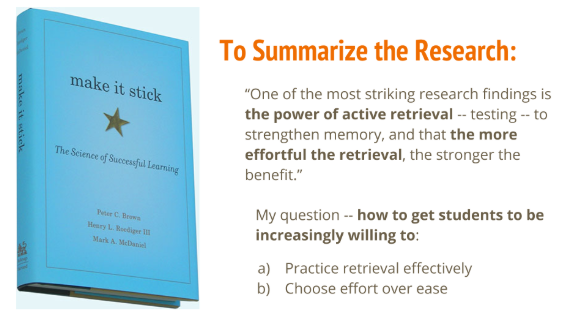 Do you have a student in need of academic coaching? Click here to apply to work directly with Gretchen or one of her trained Academic Life Coaches. All coaching is virtual!

If you’re an educator or parent who wants to become an Academic Life Coach or wants to learn how to grow their own business, click here to learn all about Gretchen’s training programs.

TAKE ME TO LESSON 3